THE KEY TO EFFECTIVE REPRESENTATION

We provide legal services for the follow family practice areas: 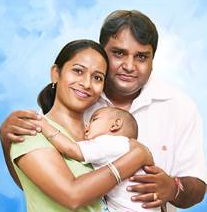 The following is intended to provide brief, but helpful information about family law. The discussion is general, and exceptions apply. It is meant only to give a sense of this legal area, not to be exhaustive. Consult an attorney for details pertaining to your situation. Do not rely on this information alone, as your situation is unique from any other. This firm waives any liability resulting from your relying on the information provided. Again, simply consult an attorney for a proper handling of your case.

There are two kinds of divorce: fault-based and no-fault. Fault-based divorces require proving a ground for it, such as your spouse committed adultery or has gone insane. These grounds are limited in number. It has become popular to pursue the no-fault divorce rather than the fault-based, because a trial is not required with the no-fault version. The two forms of no-fault divorce are 3301(c) and 3301(d). The first kind can be finalized in roughly ninety days, as long as your spouse consents. The latter kind, 3301(d), can be finalized in a little less than ninety days. You do not need your spouse’s consent, but you must have lived separate and apart for at least two years. Hence, a Pennsylvanian frequently determines whether his or her spouse will consent to a divorce. If not, that person frequently lives separately, carrying on with his or her own life for two years, after which he or she finalizes the divorce with the 3301(d) version. Note that this procedure results in acquiring a divorce decree only. Support, custody, and property division are separate issues, requiring separate legal procedures.

Support can be divided into child and spousal. As soon as parents separate, the parent primarily caring for the children frequently pursues child support from the other parent. (Both parents are required to pay child support by law, but you do not actually pay child support to yourself.) The figure is based largely on the parent’s income. Usually, the expenses of the parent paying, such as credit card bills, are not a large factor. Support guidelines help establish the figure. However, they are only that–guidelines: the facts of each case can increase or decrease the figure. Child support is often handled at a hearing; it is worth hiring an attorney to represent you at this hearing, as deviations from the guideline amount can be significant.

When parents separate, the one with the lower income often collects spousal support from the other. This obligation may end once a divorce decree and property division are acquired. Yet the obligation may continue afterwards in some cases, becoming alimony. The purpose of spousal support/alimony is to help the lower-paid spouse get by as the divorce occurs and to make a transition to being financially independent. This monthly payment can be higher than a mortgage, so it is worthwhile hiring an attorney. The recipient will want to get what he or she is entitled to; the person paying will only want to pay what is required.

Once you separate, you should strive for a custody arrangement spelled out in a court order. If your spouse fails to follow the custody arrangement, you have recourse. The courts will enforce it. Both parents are entitled to care for the children (although the court will often grant custody of infants to the mother, since infants are often quite dependent on the mother). The court prefers shared custody, however, so that children have both parents in their lives.

Parents can agree on about any custody arrangement. An attorney can assist parties with reaching a suitable arrangement, reduce it writing, and convert it into a court order. If the parents cannot reach an agreement, court involvement may be necessary. Custody proceedings occur in a sequence of stages. Parents who resort to court proceedings often settle the custody matter in the preliminary stages. If your spouse is threatening to move out of the Commonwealth with the children, you may want to get a court order immediately to prevent it.

Once you separate, you will need to divide your assets and debt. This division should be done sooner rather than later. If not addressed, debt often goes unpaid, damaging your credit and increasing the debt with penalties and collection services. The policy in the Commonwealth is an equitable division (i.e. a fair division), which does not necessarily mean the property will be divided 50/50. Frequently, a lawyer negotiates a property division with the spouse (or with the other spouse’s attorney). This agreement is reduced to writing and converted into a court order.

Couples who live together but are not legally married, whether of the same or different sexes, need a written contract in order to have rights if the relationship ends. Much like prenuptial and post-nuptial agreements for married couples, cohabitation agreements specify rights to property and other benefits. We have experience in all areas of family law, including the laws that affect same sex couples. Our attorneys can work with you to protect assets and define rights that are important to you and your family.

ESTABLISHING RIGHTS THROUGH A COHABITATION AGREEMENT

Cohabitation agreements can be beneficial for people with a high net worth as well as people with more modest assets. They are useful for anyone who wants to set aside assets for children or protect assets in the event of the end of the relationship. Cohabitation agreements are legal contracts detailing the assets and debts each party has before entering the relationship. It establishes the property rights of each party should the couple separate, vacate the residence or if one partner dies before the other. With a cohabitation agreement in place, dividing assets after the parties cease living together or after a death can be less complex. Issues such as owning real estate together and dividing health care benefits can be simplified if they are addressed in a cohabitation agreement.

Preserve Assets You Bring to a Marriage
Prenuptial and post-nuptial agreements are beneficial for people with a high net worth as well as people with more modest assets, especially for a person who has children from a previous marriage or relationship. They are useful tools for anyone who wants to set aside assets for children or protect assets in the event of divorce or the death of a spouse. These agreements can also provide protection for children of prior relationships.

HOW PRE AND POST-NUPTIAL AGREEMENTS WORK

A prenuptial agreement is a legal contract detailing the assets and debts each party has before entering the marriage. It establishes the property rights of each party should the marriage end in divorce or if one spouses dies before the other. In Pennsylvania , prenuptial agreements are not legally binding unless they contain a full and fair disclosure of assets. If an agreement is not prepared correctly, it may not hold up in court. When necessary, our lawyers work with financial experts to find any hidden assets. A prenuptial agreement can address issues such as property division, alimony and child support. Spousal support and alimony provisions in pre- or post-nuptial agreements can provide for non-modifiability in the event of divorce; provisions that a court may not require, and in many instances do not place, in orders concerning alimony and spousal support. However, it may be possible to modify child support. Child custody issues in pre- and post-nuptial agreements are not binding.

A Wonderful Gift to a Child and Yourself
We help parents navigate the adoption process. We provide experienced legal counsel and informational assistance during the sometimes overwhelming and emotional process. We have represented clients in all types of domestic adoption matters, including step-parent adoption, grandparent adoption, agency adoption, and surrogate mother adoption. While many adoptions occurring as a result of second marriages are routine, others can be complex. Some can even require litigation if the biological parent is reluctant to give up his or her parental rights. Whatever the situation, we will provide compassionate representation designed to achieve your adoption goal.